RS Divers were called late in the afternoon by Burgess Marine to carry out emergency repairs to a passenger vessel. Time was of the essence because the ship had a schedule to meet and passengers relying on a prompt repair.

On our arrival, it was obvious that the rudder needed to be removed.

The affected vessel was ballasted by the crew so that the rudders were 1/3 out of the water. The initial brief was to cut the pin support off the bottom of the rudder using a hydraulic grinder. Having done this, it became apparent that the pin had jammed, which would necessitate the 12” supporting rod at the top of the rudder to be cut off as well. This task was undertaken by Burgess Marine while RS Divers de-rigged the Beckett rudder for easier access.

Once the rudder pin had been cut the diver went in and ‘BROCO’ed off the remaining bottom bracket and the rudder was then free. Baker Trayte Marine lifted the Beckett rudder free.

“Many thanks for all your efforts and support.” Chief Engineer. “Your quick response was invaluable.” Burgess Marine

VIEW MORE OF OUR CASE STUDIES 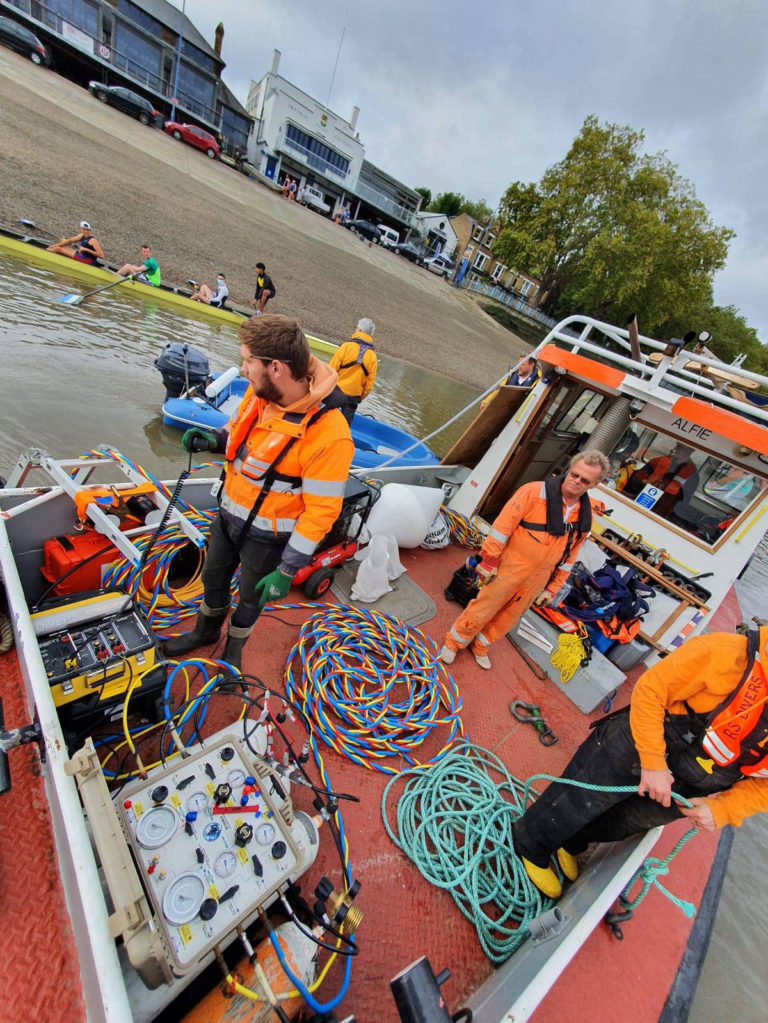 Working with Ranelagh Sailing Club in Putney on the River Thames Embankment, our commercial dive team were commissioned to inspect and replace the clubs’ mooring buoys. 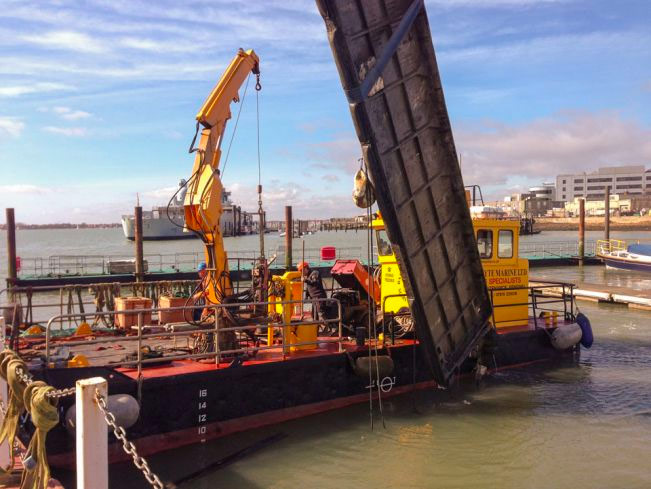 RS Divers Ltd. were contracted to salvage two boats and a pontoon that sunk during a ferry’s evasive manoeuvre causing the floats to rip during a heavy storm. 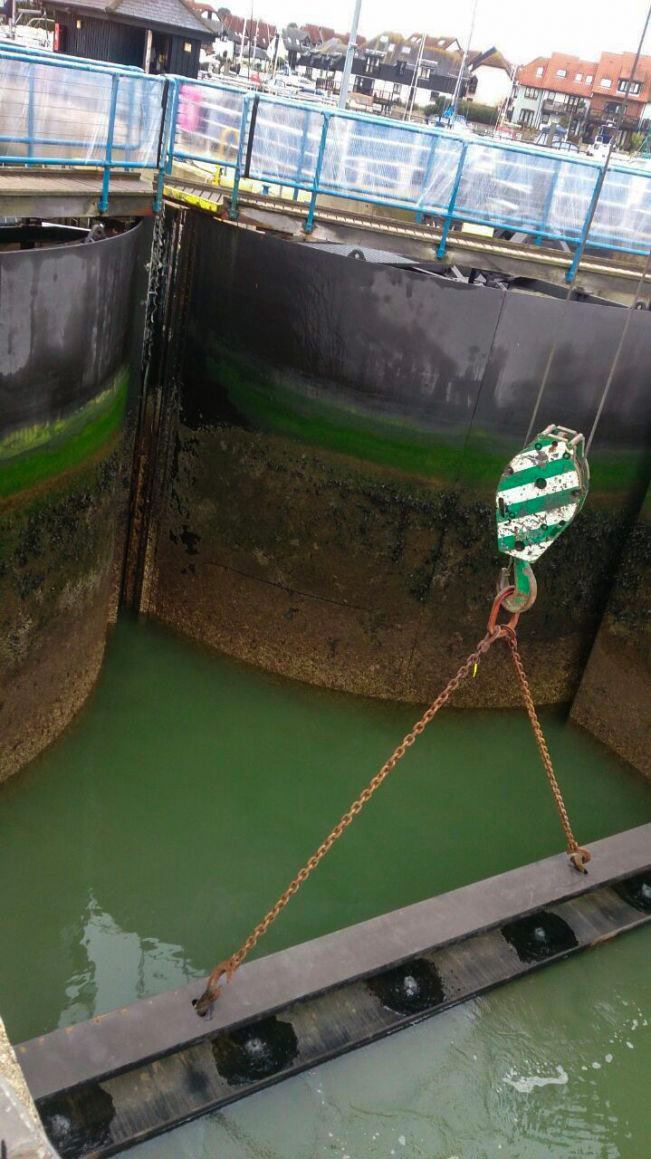 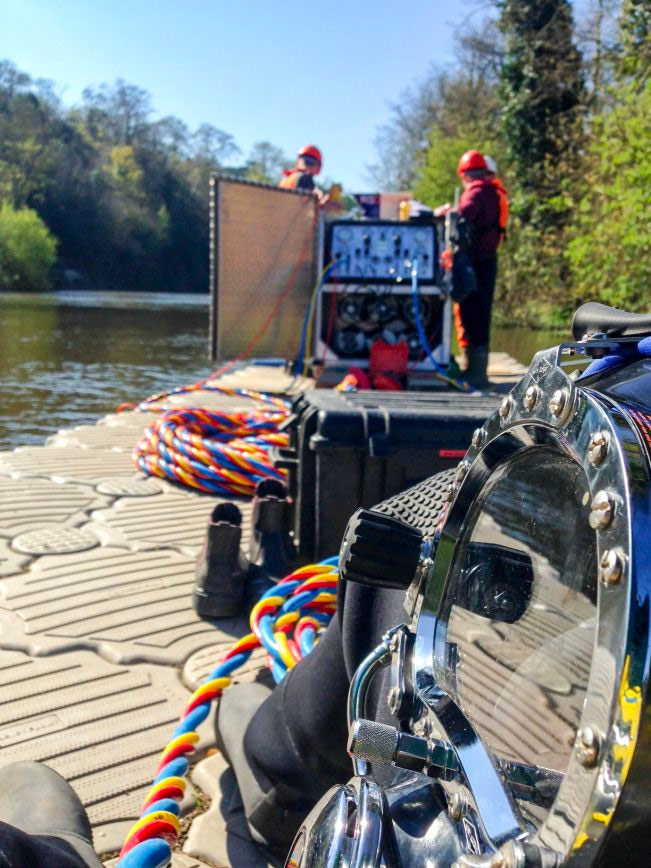 A five month project to understand more about a man-made river under construction in the Thames Valley and repair scour damage.